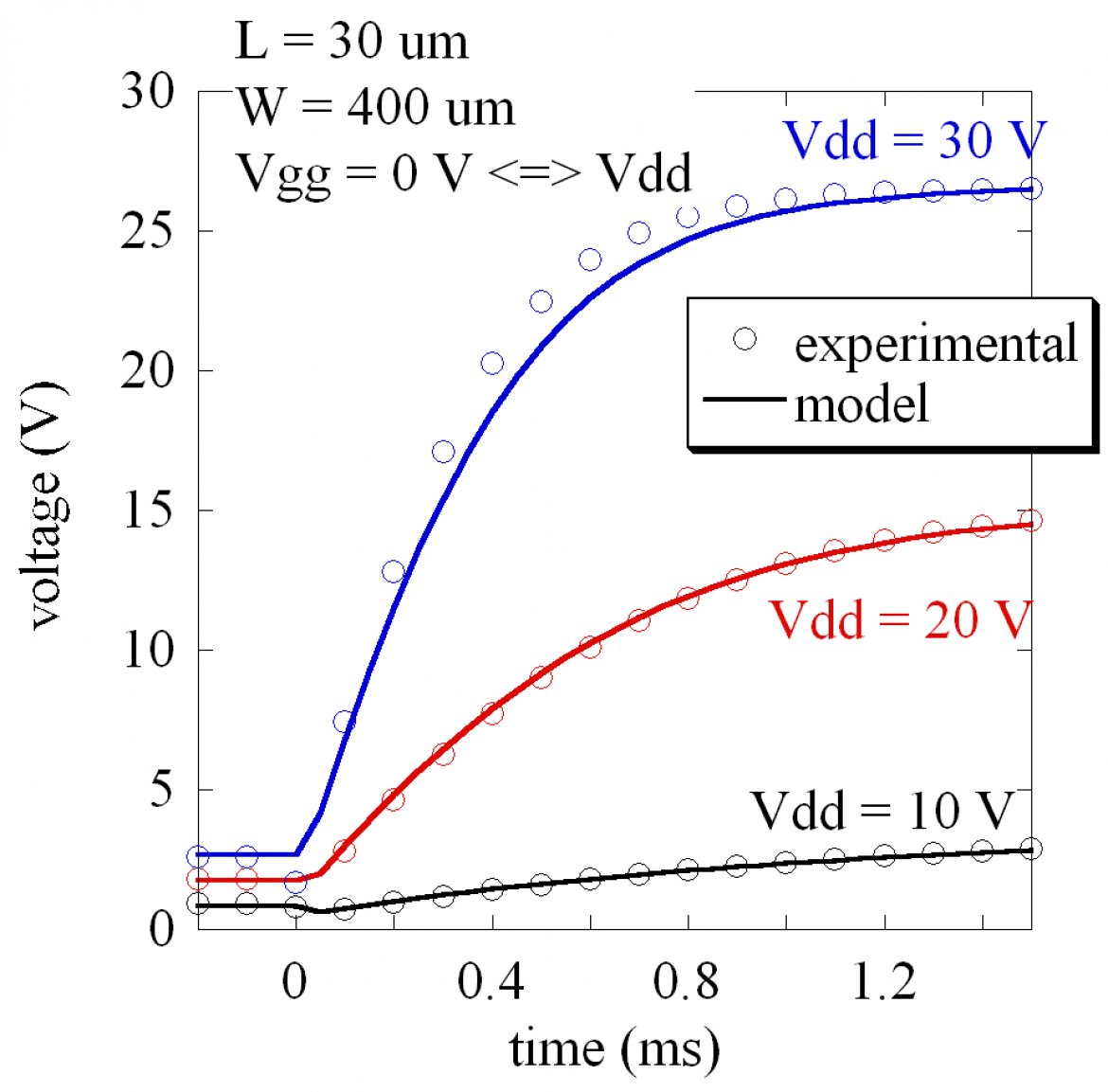 Organic electronics is one of the technologies that is believed that will play a major role in the forthcoming “Internet of Things” scenario. Despite the low performances of the devices realized with today’s technologies, compared to their silicon counterparts, there are several major advantages of organic electronics over traditional techniques. The very low production costs, the possibility to achieve mass production by using printing techniques, the feasibility of organic circuits on flexible substrates makes organic electronics a very promising technology.

This activity is dedicated to the modeling of Organic Thin-Film-Transistors (OTFTs): starting with a thorough understanding of the basic physics of the device (carrier transport, contact effects), a compact model able  to reproduce the behavior of the device in all their operation regimes, in both static and dynamic conditions, will be developed. In particular, the presence of contact effects and the operation in non-quasi-static regime even at low frequencies will be addressed by the compact model.